E21C are delighted to announce that a Headteacher has been appointed at Eden Park High School. Mr Butler is returning to South East London following nine years at an outstanding school in Westminster where he has been a Vice Principal since 2015. Before that, Mr Butler spent four years running a Sixth Form at an international school in São Paulo, Brazil.

Mr Butler is warmly welcomed to the E21C family of schools and starts with us from the 30th May 2022. 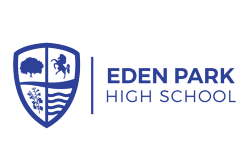